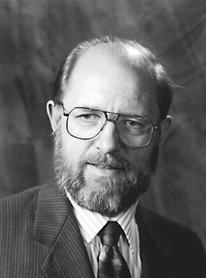 Allen R. Guenther, author of Hosea, Amos, was known for his passion as a student and teacher of the Scriptures and his active concern for the vigor of the church. He relished opportunities to interpret and communicate biblical insights for life situations. This reflected his pastoral experience and extensive life-oriented church and community ministries.

Gunether served as professor of Old Testament at the Mennonite Brethren Biblical Seminary, Fresno, California, from 1981 until he took disability retirement in 1998. From 1967-70 and 1975-81, he taught at Mennonite Brethren Bible College and College of Arts at Winnipeg. He pastored a new congregation in Lethbridge, Alberta, during 1963-65, and an inner-city congregation in Toronto in 1971-73.

Guenther ministered to society at large in his volunteer work as a mediator between victims and offenders in the local reconciliation program (VORP) and in his service as founder and president of the Valley Parkinson's Support Group. He nurtured the life of the church in his many local church ministries and extensive writing in church publications. Internationally, Guenther presented seminars at churches in Tulpengassse, Vienna, and Kiev, Ukraine.

Allen, with his wife Anne, had three adult sons and was an active member of the Butler Avenue Mennonite Brethren Church in Fresno. Guenther passed away in December 2009.