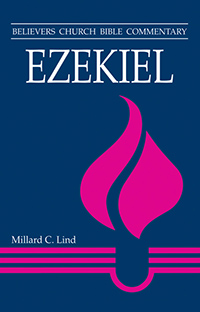 A first principle of economic justice in the OT is that theology and economics are intrinsically related. Over half the legal listings of Ezekiel 18 have to do with economic justice, laws which guard against oppression and violence. These economic laws are listed together with laws dealing with theology, the worship and service of one God. One cannot understand biblical justice without grasping this unique relationship of theology and economics. The theological covenant relationship with the one God provides the structure for economics. Laws that provide for this just economic structure are listed first.

A second principle of biblical justice is that it is egalitarian. Justice distinguishes between social classes only to promote economic parity and to protect the rights of slaves, the poor, and the less privileged in society. The law of every seventh year’s remission of debts is to be obeyed so that “there will … be no one in need among you” (Deut 15:4). On the other hand, “since there will never cease to be some in need on the earth,” God therefore commands, “Open your hand to the poor and needy neighbor in your land” (Deut 15:11). Helping the poor is not a matter of “charity” but a matter of justice. Paul has it right: “It is a question of a fair balance …. As it is written, ‘The one who had much did not have too much, and the one who had little did not have too little’ ” (2 Cor 8:13–15; cf. Exod 16:18).

For example, the tribe of Levi was divested of land to protect Israel from conflicting interests of leadership. The Levites were scattered throughout the land of Israel. They may have been responsible to convene meetings for Israel at least once every seven years (Deut 31:9–13), perhaps yearly. Besides feasting and worship celebrations, at these meetings covenant commitment was reenacted, and law was adjusted and proclaimed to meet the contemporary needs of their society. These laws included the institution of the weekly Sabbath, providing for freedom from labor for everyone, including animals (Deut 5:12–15); the institution of the sabbatical year, when no crops were to be planted (Lev 25:1–7), creditors were to remit all debts, and Hebrew servants were to be freed (Deut 15:1–18; Exod 21:2–6; cf. Lev 25:35–55); and the institution of Jubilee, when the land was to be redistributed again to its original households (Lev 25:8–34; 27:16–25). Law was designed to protect the rights of all persons rather than the property rights of the privileged few.

Much of the story of Israel involves the conflict between its native egalitarian tribal covenant structure and its attempt to adjust to the foreign hierarchical structures of the city-state. Israel’s prophetic leaders realized that there could be no justice in a society dominated by a centralized power politics (1 Sam 8:4–18). Even when Israel demanded a king, its kingship was not to be “like other nations.” Instead, he was to be a student of God’s law, not to have a modernized army or a centralized state economics, and not to be diplomatically enmeshed with the surrounding military states and empires (Deut 17:14–20). The king was to promote egalitarian economics by being a brother to his fellow Israelites.

With the adoption of kingship, the prophetic office proliferated under the influence of Samuel. By promoting Israel’s ancient covenant traditions for the new situation, the prophets withstood the powerful economic and political pressures which were catapulting Israel toward a hierarchical, unjust society (cf. 1 Kings 21; Isa 5:8–10; Amos 6:4–7; Mic 3:1–8). Ezekiel was one of these promoters by proclaiming an end-time society whose leaders would be just, whose people would have a new heart and spirit and would obey covenant law. Even in this temple society, the princes would need exhortation: “Enough, O princes of Israel! Put away violence and oppression, and do what is just and right. Cease the evictions of my people, says the Lord God” (Ezek 45:9). This covenantal society was to be embraced even now by the exiles in a foreign land (Ezek 18).