Emperors and Emperor Worship (in Revelation) 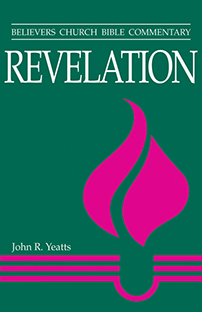 Revelation seems to indicate that its context includes pressure to worship the Roman emperor and the cri- sis that this posed for Christians. Tacitus reports that the first temple to Rome was built in 195 B.C. in Smyrna (Annals 4.56) and the first temple to the divine Caesar in Pergamum in 29 B.C. (4.37). Emperor worship reached a crescendo under Caligula (Jos., Ant. 18.261; Suet., Caligula 22), and by the end of the first century A.D. all cities in Asia had temples for the worship of Rome and her emperors. Johns summarizes the influence of emperor worship on Asia Minor, concluding: “There is little question that the province of Asia was the world leader in the imperial cult” (1998:154-57). Pilgrim summarizes the case in even stronger language: “Asia Minor was a veritable hotbed for the imperial cult” (1999:148; see Barclay 1960:1.22-24 and Worth 1999:116-18 for a summary of how each emperor of the first century understood the practice of emperor worship).

Traditionally, it has been thought that Domitian (A.D. 81-96) was the worst of the first-century emperors, insisting on his own divinity, demanding caesar worship, and persecuting Christians who did not participate. More recent scholars have questioned this assessment, emphasizing that it goes back to second-century apologists for the reforms of Trajan, who wished to contrast the good Emperor Trajan with his predecessor, Domitian [Essay: Persecution during Domitian’s Reign]. Yet coins from 20-18 B.C. bearing a bust of Augustus and a representation of his temple and carrying inscriptions like ROM..ET.AUGUST witness to the presence of emperor worship early in Asia; and inscriptions on the temple in Ephesus, probably built during the reign of Domitian, evidence the divinization of the emperor’s family (Friesen 2001:29, 46). That Christians were compelled to worship the emperor several decades after Revelation was written is documented in a letter from Pliny the Younger to Caesar Trajan, who evidently executed Christians and forced those who denied being Christians to invoke the heathen gods and offer worship, wine, and frankincense before a statue of the Caesar (Letter 10.96; see also Mart. Pol. 8). Nevertheless, Thompson gives convincing evidence that Domitian was not the cold-blooded persecutor of Christians that he was formerly thought to be (1990:109-15). Perhaps the pressure to worship the emperor during the reign of Domitian was more subtle and seductive than open and oppressive. Because Christians were becoming more affluent due to the trade that was prevalent throughout the empire, it may have been their materialism and expectation of wealth, more than outright persecution, that seduced Christians to worship the emperor (Kraybill, 1996:117). Yet, the memory of past persecution under Nero, and its reality in the second and third centuries, make it likely that the expectation of tribulation was present during the reign of Domitian (Yarbro Collins 1984:84-110). Friesen (2001) documents considerable provincial and municipal imperial cult activity with its attendant temples, festivals, officials, coins, and calendar woven into the religious and governmental culture of late-first-century Asia. Christians would naturally resist this usurpation of God’s rightful authority and Rome’s use of military force in support of imperial religion (208).