Genocide and Sacred Violence (in Joshua) 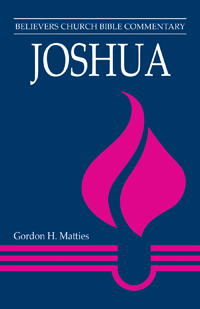 Genocide, according to the United Convention, “is a crime under international law.” Under Resolution 260, “genocide means any of the following acts committed with intent to destroy, in whole or in part, a national, ethnical, racial or religious group, such as: (a) Killing members of the group; (b) Causing serious bodily or mental harm to members of the group; (c) Deliberately inflicting on the group conditions of life calculated to bring about its physical destruction in whole or in part; (d) Imposing measures intended to prevent births within the group; (e) Forcibly transferring children of the group to another group” (Resolution 260 [III] A, Dec. 9, 1948). Since the Holocaust, we know all too well the terror of ethnic violence, ideologies of racial purity, and desire for land giving birth to rivalry that leads to communal violence.

The problem of genocide is exacerbated by the god-language that often accompanies the rhetoric of both smaller-scale communal violence and the so-called clash of civilizations. The conquest accounts within the book of Joshua share the same god-language as other ancient conquest accounts. The Mesha Inscription offers a prime example, in which King Mesha receives instructions from his god to destroy the enemy, which in this case happens to be Israel.

Ever since Gerhard von Rad published his book Holy War in Ancient Israel (1991 [1958]), the sacred violence of these texts has been labeled either “holy war” or “divine warfare,” with some specifying the OT warfare as “Yahweh war.” All labels are inadequate. The problem with “sacred warfare” and other such terms is that warfare in the ancient world was not simply a war that the gods fight, nor a war that is particularly “holy,” as though one might contrast it to “secular” warfare. The point of recognizing warfare in the ancient world as genocide and as sacred warfare is to expose the rhetoric of warfare by exploring its roots. Three explanations of the origin of such language illustrate the point. Each of these makes a contribution: none is adequate on its own.

One explanation, which helpfully draws conclusions based on comparing biblical texts with other ancient conquest accounts, is that conquest accounts in which genocide is reported belong to the rhetoric of political ideology. Such rhetoric is rooted in a worldview in which the cosmos (including the gods) has its origin in violence. The cosmos is considered to be fundamentally violent from the beginning, and violence is inscribed in the myths of origin, which justify the ideology of military power and imperial expansion (Younger 1990; Rowlett 1996). Sharing in a contextually rooted worldview, the biblical conquest accounts plunder the genre available, along with the common ways of speaking about divine-human engagement with enemy peoples on the ground. In other words, Israel does not invent the god-language rhetoric of the conquest accounts. The genre, however, allows Israel’s theologians a way of writing history (using the literary conventions available at the time) while at the same time beginning to undermine the worldview that undergirds such conquest accounts. A second explanation builds on the argument from genre by positing a theological conflict between reality and vision—between life in the world that requires political legitimation, and its necessary ideological justification disguised as theological vision. Birch and his coauthors suggest that Joshua reflects a tension between “real land” and “promised land.” Joshua 1 seems to present a “pure theological ideal and is completely unbothered by economic-political-military realities that are yet to come” (180). Yet the realities of the following chapters are not as neat as the “promised land” theology has suggested.

“The reason is that real land, unlike theologically promised land, is always contested, disputed, and conflictual. That is, there are already other people there who do not yield easily to Israel’s theological claim. And therefore to receive the promise, Israel must either engage in military conflict with other contestants for the land or accommodate and compromise. Either strategy turns out to be a far remove from the simplicity of the Torah promise. Thus it may be suggested that the burden of Joshua and Judges is to adjudicate between the simple normative claims of the Torah promises and the lived ambiguities of life in the world.” (180)

Genocide, in other words, belongs to a theological argument; it concerns “a quarrel among the gods. . . . Yahweh the king is here reassigning land for the benefit of Israel.” Thus “Israel, like every such land-seeking community, does not want to base its claim to land on the sheer act of violence but on a respected, credible legitimacy that reaches to the intention of the gods” (186). Moreover, “the land is only available to Israel as Israel obeys the Torah . . . and reorders life in the land according to the requirements of Deuteronomic Torah. That is, this is a land revolution that is driven by a social vision with a particular interest” (187).

A third explanation, perhaps the most satisfying of the three, supplements the previous two without denying their explanatory power. It suggests that warfare and sacrifice belong to the phenomenon of mimetic desire, an explanation articulated most profoundly in René Girard’s various writings. Warfare is the result of two people groups wanting the same thing. The god-language of ancient texts simply reflects the fact that human desire is often ascribed to divine desire. Mimetic desire, therefore, is a human reality, not simply an aspect of an outmoded ancient worldview. It is expressed in the practices of victimage and scapegoating in which a sacrificial victim becomes the means through which conflict is diminished and order is restored to society.

“Mimetic or mediated desire inevitably leads to rivalry. We humans will fight over everything whether honor or money, ideology or relationships, and we do so to the death. This is the curse of mimesis. If you posit something as desirable (gold, diamonds, that new SUV, power, etc.), and I imitate your desire, we have a problem because we cannot both possess the same object. Someone will lose. Taken to its extremes, this rivalry often leads to some sort of violent behavior in order to possess the object desired.” (Hardin 2010)

According to mimetic theory, the Bible testifies to the complex process of the revelation of victimage. As Girard puts it, the Bible is “a process under way, a text in travail; it is not a chronologically progressive process, but a struggle that advances and retreats” (1987a: 141). Thus our reading of Joshua within the entire canon of Scripture suggests that the Bible bears witness not to a duplicitous God, but to two paradigms, one that reflects the mimetic desire implicit in ethnic nationalism, and the other a critique and even renunciation of violence and sacrifice. These two paradigms become interpretive options that debate one another within the Bible, a debate that is ultimately transformed by the vision of the peaceful reign of God (in the OT) and the kingdom of God (in Jesus’ teaching).

This transformation is not an example of some texts trumping other texts. Rather, to appeal to mimetic theory is a way of recognizing that in some way all biblical texts share in the struggle toward transformation. Even the book of Joshua—with its explicit evidence of mimetic desire (e.g., in the Achan story of Josh 7 and in the intertribal conflict of Josh 22), and with its struggle to include the outsider, the one devoted to destruction (e.g., in Rahab of Josh 2 and 6, and the Gibeonites in Josh 9)—there is evidence of a “text in travail, . . . a struggle that advances and retreats.” (For excellent explanations of mimetic theory applied to conflict, see Redekop; www.preachingpeace.org.)

The insight of mimetic theory suggests that because Israel’s acquisition of land is founded on violence, it will ultimately fail. It represents an imitation of the pagan worldview grounded as it is in irreconcilable conflict at the heart of the cosmos. The gods are violent, and so are humans. The narrative of Joshua, viewed from that perspective, is a mirror of humankind’s propensity to absolutize and grasp rather than trust and receive. In the light of that kind of worldview analysis, it is possible to suggest that the prohibition against “serving the gods,” and the exhortation to exclusive loyalty to and trust in the Lord alone, amounts to the beginning of Israel’s struggle with and against the warfare worldview. The Bible never fully escapes that worldview, but it struggles, in its overarching narrative, to transform it within a larger conversation about the purposes of God in the world.

Even if the violence in the book of Joshua can be explained in one of these three ways, the particularity of the association of God, people, and land remains a stumbling block that cannot altogether be removed. Perhaps the offense of particularity is the path that God treads on the way to restoration of all things.