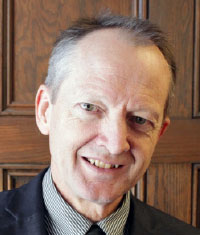 Gordon Zerbe was born in Tokyo, Japan, and spent the first fifteen years of his life in that country, with a few interludes in the United States. Over the years, he has lived in three Canadian provinces and six U.S. states. He and his wife, Wendy Kroeker, moved to Winnipeg in 1988. He has been at Canadian Mennonite University since 1990 and currently serves as vice president academic.

A highlight in his career was a series of years in the Philippines as visiting professor at the Silliman University Divinity School (1996-1998, 2002-2004), under the auspices of Mennonite Central Committee.