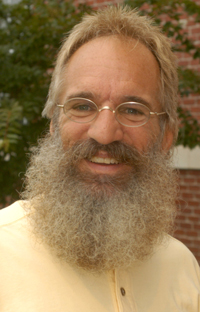 A native of Lancaster, Pennsylvania, J. Daryl Charles, the writer of the commentary on 2 Peter and Jude, has taught courses on religion, culture, and Christian thought at several academic institutions. Charles earned a bachelor’s degree at West Chester State University and a master’s degree in religious studies at Southern California College. From 1981 to 1983 he studied German and linguistics at the University of Siegen in Germany. He completed his doctoral work at Catholic University of America and Westminster Theological Seminary. He studied hermeneutics, exploring how strands of rhetorical and literary artifice, philosophy and theology, and ethics converge in the New Testament writings.

Charles served as lecturer in New Testament at Chesapeake Theological Seminary during 1988–95 and engaged in criminal justice research for Prison Fellowship in 1990–95. He was a fellow of the Center for the Study of American Religion at Princeton University for 1996–97. He has been involved in domestic and international missions under Youth With a Mission. He has contributed to periodicals such as First Things, Social Justice Review, Regeneration Quarterly, Journal of the Evangelical Theological Society, and Bulletin for Biblical Research, plus journals of New Testament study. He writes on issues of faith and culture, Christian ethics, ecumenism, and the contemporary relevance of the general epistles for the Christian community.

Charles claims that 2 Peter and Jude, though widely neglected, possess a remarkable ability to address the current confusion in matters of faith and morality. They are books to be heard in our age.

J. Daryl Charles is married to Rosemarie Müller Charles, and they have three children. At the time the commentary was written, Daryl and Rosemarie were members of Covenant Community Church, Columbia, Maryland.