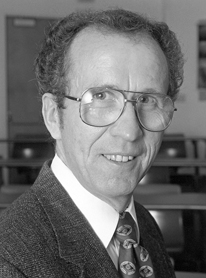 For three years Elias taught high school mathematics and science in Viscount, Saskatchewan, and Thompson, Manitoba. Then he studied at Mennonite Biblical Seminary, Elkhart, Indiana, from which he graduated in 1968. For the next six years, he served as pastor of the Mountainview Mennonite Church in Vancouver, B.C. In 1974 he began studies at the Toronto School of Theology and completed his Th. D. degree in 1978.

In 1977, Elias began his service at Anabaptist Mennonite Biblical Seminary as lecturer in New Testament (1977-1978), director of field education (1978-1981), dean (1981-1990), associate professor (from 1981) and the professor of New Testament (from 1995). A sabbatical year at the Ecumenical Institute for Theological Research near Jerusalem (1985-1986) provided the opportunity for travel in Turkey and Greece, to places where Paul planted churches, including Thessalonica, no called Thessaloniki. He also taught at Union Biblical Seminary, Pune, India, for one term in 1991.

Jacob and his wife, Lillian, are active members of the Hively Avenue Mennonite Church in Elkhart. In 1991-1993 Jacob served as president of the Central District Conference of the General Conference Mennonite Church. He has written many articles, primarily for church papers. This commentary is his first book.

Family life for Jacob and Lillian now centers around the comings and goings of their three adult children. Laurel and her husband, Mark Crawford, live in Australia. Morlin resides in Washington, D.C. Joylin, her husband John Ykimoff, and daughter, Amber, make their home in Michigan. When Jacob and Lillian manage to get their family together, they usually plan outdoor activities such as bicycling, cross-country skiing, or backyard croquet.