Justice and Righteousness (in Hosea/Amos) 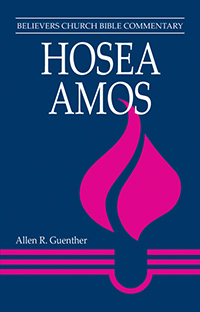 Moderns tend to equate justice with the application of the legal system. Such a view is too narrow an understanding of biblical justice. There are those who distinguish universal justice (justice as virtue) from particular justice (such as commercial, remedial, and distributive justice; Nash: 74–76). Those categories are foreign to the biblical concept of justice, though some of the distinctions might be made. In Amos 5–6, for example, three references to justice appear in poetic parallels in which righteousness is the corresponding member in the pair (5:7, 24; 6:12). The parallel usage of these terms, justice and righteousness, suggests a large meaning overlap between them.

In a court or legal setting, the primary import of justice is “fairness.” The judge(s) shall be evenhanded, treating all alike with regard to the law. The same law applies to king and commoner, rich and poor, slave and free, male and female alike (cf. Exod 23:2–3, 6–8; Deut. 17:8–13; Lev 19:15). Evildoers shall receive their due (Ps 149:9); the innocent shall be exonerated and delivered (Ps 76:9). In Amos 5:15, Israel is told to “hate evil and love good, and establish justice in the gate.” They “turn aside the way of the oppressed” (2:7; cf. 5:12); this appears to describe unjust practices current within the court or legal system. So God calls Israel to fairness in upholding and practicing the law of the land. That law consists largely of the “judgments” handed down or endorsed by God or godly rulers and judges (Deut 5:1; 1 Kings 3:28). Yet it is always depicted as God’s law.

The meaning of justice when paralleled with righteousness is not restricted to the role of the legal institutions. Such justice, Yoder observes, is concerned to restore harmony to the community. It consists of action for members of the community and against oppressors. It tries to change situations rather than meting out what people deserve. It struggles to create wholeness where currently there are pressing needs (Yoder: 27–37). An illustration of such justice appears in Job’s concluding monologue (29:7–25). He describes how he “put on righteousness, and it clothed me; my justice was like a robe and a turban” (29:14). He did this by rescuing the poor and the fatherless, comforting the dying, supporting widows, helping the blind, lame, and needy, serving as an advocate of the stranger, and opposing those who would take advantage of others (29:12–13, 15–17).

In other words, biblical justice actively pursues the welfare of the community and the individuals in it. It is the responsibility of every member of the group, not merely the judiciary. It consists of concrete actions of caring. It moves beyond written codes to address weakness, poverty, and inequities of every kind. This is what it has in common with righteousness.

Righteousness appears three times in Amos (5:7, 24; 6:12). It could be described as virtue in action or the intent to do the right. It refers to the quality of relationships between individuals. Whereas justice in its parallel meaning addresses both the victim and the situation which created the need, righteousness draws attention to the character of the helper (Ps 11:7) and (with only a few exceptions) the acts of mercy, caring, and rightness (Ezek 33:12–20; Deut 6:25). The ultimate expression of righteousness is God’s saving words and deeds (Isa 5:16; 46:13; 51:5, 7–8). He acts in accordance with his name to preserve and display his glory (Ps 43:1; Dan 9:7, 13–19; Piper, 1980a: 2–32; 1980b: 3–14). Human righteousness consists of those virtues and acts which reflect the righteousness of God.

God calls individuals as well as society to practice justice and righteousness. Amos points to failures in both domains. At the personal level, Israelites have practiced injustice and unrighteousness by defrauding the righteous, grinding the poor into deeper poverty, misusing people, extorting and bribing, and by being insensitive to the plight of the nation. Collectively they are called to account for denying the poor equal access to the courts and for perverting the judicial process. These acts are equally hated by God. Both destroy the fabric of peoplehood.