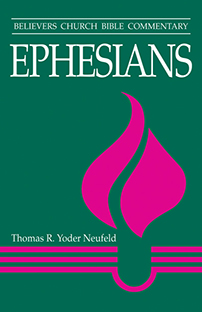 The word pseudepigraphy derives from two Greek terms: pseud- (“false”) and epigrapha (“inscriptions/superscriptions”). Many prefer the closely related “pseudonymity.” Both refer to writing under a false name, a pen name.

Pseudepigraphy was widespread in biblical times, both inside and outside Jewish and Christian circles. In the two or three centuries before and after the time of Christ, for example, many Jewish documents were produced in the names of famous persons or revered teachers, collected in the so-called Apocrypha and Pseudepigrapha. Apocalypses, testaments, psalms, prayers, and legends were attributed to famous biblical personalities, some from the very beginnings of the biblical story (e.g., Ezra, Solomon, the twelve patriarchs, Moses, Abraham, Enoch, and even Adam; see Charlesworth, 1983-85; 1992). The so-called NT Apocrypha include gospels, acts, letters, and apocalypses attributed to the important disciples of Jesus, Jesus’ brothers, even his mother, as well as to the great apostles Peter and Paul (Charlesworth, 1992; Hennecke).

The pseudonymity of documents is not particularly troubling when they are not part of Scripture. Pseudepigraphy and noncanonical status might be regarded as mutually reinforcing. The question of whether one finds pseudepigraphy in the canon of Scripture is more troubling. Many Christians find such a possibility theologically unacceptable, threatening the integrity of the Bible as revelation (see, e.g., Guthrie, 1990:1011-28). Most scholars, including many evangelical scholars, consider it more than likely, however, that some documents bear the names of those who did not write them. It has, for example, become common to question whether David composed the psalms, or whether the eighth-century prophet Isaiah composed chapters 40–66. There is a virtual consensus that 2 Peter and the pastoral letters are pseudepigraphical (J. Daryl Charles’s BCBC commentary on 2 Peter and Jude goes against the acknowledged current; in 1–2 Peter, Jude: 260-3). For most scholars, the list is considerably longer (see introductions to the Bible, recently again R. Brown: 585-9).

While the ethics of authorship in biblical times no doubt differed from those in our day, the practice of writing in someone else’s name was sometimes controversial. For example, 2 Thessalonians 2:2 warns of letters being written in Paul’s name claiming that the day of the Lord had already arrived. It is not clear whether in that case the problem is first and foremost pseudepigraphy or errant eschatology. Late in the second century, Tertullian was swift in his condemnation of the presbyter who admitted to having penned the Acts of Paul and Thecla, even if out of love and respect for Paul. Again, the problem may be more that Paul is depicted as allowing a woman to preach and baptize than the act of impersonating Paul (for this and other examples, see Metzger: 14).

We should, even so, be careful not to apply to biblical times the modern ethics of authorial integrity as it relates to plagiarism or forgery (Best, 1998:12; Brown: 585-9; Lincoln: lxxi; Metzger; Patzia, 1990:122). In Jewish circles in the two or three centuries before and after the turn of the era, pseudepigraphy “was the norm in biblically inspired groups” (Charlesworth, 1992:541). We might expect something similar for circles devoted to central figures such as Peter, Paul, James, John, and Thomas.

What might have been the motivations for writing under the names of famous persons? First, it was a sign of respect, even “kinship” (Metzger: 21; for a full survey of motivations, see 5-12). Unlike most modern writers who are concerned that they themselves get full credit for the ideas they publish (hence the hallowed academic convention of crediting sources properly), many pseudonymous writers were quite happy to disappear behind the person inspiring their words. They would have viewed their work as a form of giving credit where credit is due.

Second, pseudepigraphy shows dependency on the revelatory tradition associated with the named author. There is an intense concern to make sure the “deposit” of “sound teaching,” as the Paul of the pastorals puts it (1 Tim. 6:20; 2 Tim. 1:12, 14), is both protected and rendered current. Pseudepigraphy is, in Dunn’s words, “a means of affirming the continuity of God’s purpose between the circumstances of the named author and the circumstances of the actual author” (68). Brown wonders whether we might not make a distinction between “writer” and “author” (585). In this case the one writing in the name of a James or a Peter, for example, recognizes that person as the true “author,” the real source of the content of the writing.

Third, heated controversy over the correct understanding of a revered figure’s teachings sometimes led to writing in his name. The pastoral letters and 2 Thessalonians are often taken to be examples in the biblical canon (see Elias: 374-7); beyond the canon, the list is long.

Fourth, finding acceptance for one’s writing would no doubt often have been a motivation for pseudepigraphy. No doubt the mantle of a respected person might aid in the acceptance of an author’s ideas. In the case of the canonical writings, the judgment of the church was that the accepted writings indeed conformed to the “foundation of the apostles and prophets” (Eph. 2:20), and in particular, to the legacy of the stated author.

Should we assume that pseudonymous writers fooled readers, even if for noble reasons? No doubt there were numerous cases of intentional and successful deception (hence the warning in 2 Thess. 2:2; see extensive discussion in Metzger; also Brown: 587-8). Even so, a number of scholars have suggested that pseudepigraphy was so accepted that it was often quite “transparent,” especially if the writing was associated with a school or circle of writers and teachers associated with a particular person. “Both writer and original readers would have been knowing participants in this particular mode of communication” (Lincoln: lxxii; emphasis added; cf. Dunn: 84). Both writer and readers would thus have felt no tension, for example, between the repeated stress in Ephesians on truth (4:15, 25; 6:14) and the strong possibility that a student and collaborator of Paul wrote this great letter after his death (see below).

With respect to whether Ephesians was written by Paul or by someone else in his name, a significant majority of scholars believe several factors point in their cumulative weight to an author other than Paul (on the cumulative nature of such an argument, see Best, 1998:35-6; Lincoln: 1xviii-lxix; Patzia, 1990. For a different conclusion on the basis of the same data, see Barth, 1974:49). Evangelical scholars also increasingly opt for an author other than Paul (e.g., R. P. Martin, 1991:4; Lincoln: lxi-lxxiii, and literature cited; Patzia is apparently unwilling to commit himself, but believes the issue should not be theologically divisive; 1990:121-41; 1995:76-8).

The data are rehearsed in great detail in several recent commentaries (e.g., Best; Lincoln; Schnackenburg; and virtually all NT introductions, recently in Brown: 626-33). The data taken into account can be summarized as follows:

1. In contrast to letters Paul undoubtedly wrote, Ephesians is very general, giving little explicit indication of specific issues, audience, or location.
2. With the exception of 2 Thessalonians and the pastoral letters, Ephesians appears to show familiarity with all Pauline letters, especially with Colossians, on which it may be directly dependent.
3. The language and style of Ephesians is quite distinct and very different from the undisputed letters of Paul.
4. The theological emphases are distinct and are best understood as a development of Pauline themes:

• The church takes on unprecedented prominence. Moreover, the church is consistently thought of as a universal catholic reality.
• Resurrection and exaltation become more prominent than the cross.
• The eschatology of Ephesians is characterized by a stress on the present more than on the future. When the future does come into view, it is apt to be characterized by growth. There is no mention of the return or appearing of Christ.
• Salvation is not related to a future judgment but to the gathering up of all things, and as part of that cosmic process, the reconciliation and recreation of humanity in and through Christ.

Though these themes are all rooted in Paul’s apostolic teaching, their treatment in Ephesians suggests further development and critical engagement with others in the Pauline school with respect to how Paul’s legacy should be understood in light of the ongoing life of churches within the orbit of his mission. That does not mean that the deletions, additions, or shifts of emphasis are always a conscious correcting or updating of Paul. Over time, congregations, preachers, and teachers have time to forget and remember, to recall and often quite unconsciously to recast what they intend to preserve. Tradition is never dead. As is often observed, the pastoral letters are explicitly concerned with “guarding the deposit” (1 Tim. 6:20; 2 Tim. 1:14); they are also most distant in tone, style, and content from the letters Paul undoubtedly wrote.

If we combine the observation that Ephesians betrays evidence of a great deal of reworking of Paul’s own teaching and writing with the suggestion that the letter emerged from a “school”, then perhaps we should not think in terms of a solitary author (Acts 19:9-10 shows Paul passing on a legacy to his disciples). Ephesians becomes very much a collaborative effort, even if penned by one no doubt brilliant author, a collaboration that includes Paul, even if only through the letters and teaching he left behind as a foundation (2:20). For convenience’ sake, and because only one author is named at the beginning of the letter, I refer to “the author” in the singular throughout the commentary.

If Paul was not the brilliant writer (Barth says this brilliance can point only to Paul; 1974:50; 1984:23), we can look tentatively to the co-writers at the beginning of Paul’s letters or to those who send greetings at the ends of those letters, persons closely associated with Paul who survived him. Mitton guesses it was the only one from such a circle who is named in this document, Tychicus (6:21; Mitton: 230). Other candidates have also been proposed: Onesimus (Goodspeed) and Luke (R. P. Martin, 1968). In the end we should respect the pseudepigrapher’s desire to hide behind the one whose apostolic mission this great letter is intended to further (See essay in the commentary: Authorship).