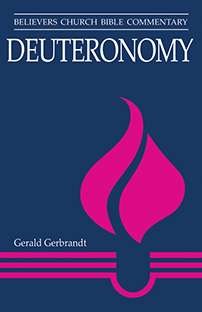 Israel knew the realities of war firsthand. As a small, relatively weak nation located on the eastern shore of the Mediterranean, it regularly suffered under the militaristic might of Egypt, Assyria, and Babylon, and it repeatedly had clashes with other small nations in its area. War was part of life.

Israel, as did other peoples and nations of the ancient Near East, made no sharp distinction between the sacred and secular. The divine permeated all of life, including war. Victories were attributed to deities, defeats were understood either as the defeat of one national god by another or as punishment by one's own national god. The spoils of war were offered to the national deity as a sacrifice. In many ways, Israel acted and thought like the nations of the time.

Some Old Testament stories speak of war with an almost liturgical framework, with its own technical language. Ever since the work of Friedrich Schwally and of Gerhard von Rad, it is common to speak of "holy war" in the Old Testament. More recent scholarship tends to prefer the name "Yahweh war," but continues to distinguish a particular Old Testament tradition.

Yahweh, the God of Israel, makes the decision whether or not to go to war, with this decision communicated by a prophet or priest, perhaps accompanied by a ritual sacrifice (cf. 1 Sam 7:10). God is a divine warrior who fights on behalf of Israel. Israel's responsibility is to observe or to crush an already-defeated enemy. The spoils of the war belong to God. Not all components are equally present in every account, but this is the basic outline of Yahweh war.

The crossing of the Red Sea serves as the model and prime example of such an account (Exod 14–15). Miriam summarizes the confrontation in her song: "Sing to the Lord, for he has triumphed gloriously; horse and rider he has thrown into the sea" (Exod 15:21). Israel is delivered as it watches: God receives the praise (Lind: 46–64). Other stories follow a similar format. The battle of Jericho begins with God announcing, "See, I have handed Jericho over to you" (Josh 6:2), and it concludes with the walls amazingly collapsed. Deborah calls on Barak, "Up! For this is the day on which the LORD has given Sisera into your hand" (Judg 4:14), and then celebrates the victory by singing, "The stars fought from heaven, from their courses they fought against Sisera" (Judg 5:20). The story of Gideon makes much of the fact that Gideon's army must be small, otherwise Israel will "take the credit away from me [God], saying 'My own hand has delivered me'" (Judg 7:2). Later Gideon rouses his three hundred men by proclaiming "Get up; for the LORD has given the army of Midian into your hand" (7:15); in the battle itself, "the LORD set every [Midianite] man's sword against his fellow and against all the army" (7:22). In one of the last accounts of military action before the rise of kingship in Israel, Samuel leads the people against the Philistines in a battle that is summarized with "the Philistines drew near to attack Israel; but the Lord thundered with a mighty voice that day against the Philistines and threw them into confusion; and they were routed before Israel" (1 Sam 7:10).

That Yahweh as warrior can never be controlled by Israel is also reflected by the stories in which Yahweh fights against and not for Israel. It is striking that in Deuteronomy, Yahweh war language is first used against Israel (in the story of the spies, 1:19–2:1) well before God fights on behalf of Israel in the story of Sihon and Og. Later prophets warn the people that unless they change their ways, God will become their enemy rather than their deliverer (e.g., Isa 63:10). The defeat of Samaria and the Northern Kingdom in 722 BCE and of Jerusalem and the Southern Kingdom in 587 BCE are interpreted in this way: "Therefore the LORD was very angry with Israel and removed them out of his sight" (2 Kings 17:18). Not only can God as warrior not be controlled by Israel; God as warrior can also come out against Israel.

Related to this Yahweh war theology is the idea of ḥerem (noun, with its related verb). The term probably has a cultic background referring to objects separated out or set aside to be devoted to God. The Old Testament uses it in this cultic sense (e.g., Lev 27:21), yet also in the context of war stories, where it implies the total destruction or even sacrifice of the enemy to God, although primarily when speaking of the conquest. For example, in Deuteronomy 7:26 it is translated set apart for destruction, and in 2:34 and 3:6 it is translated utterly destroyed. Earl argues that the term is used differently in different books and so should not be treated as a unified concept (Earl).

Israel was not unique in understanding its war as divinely directed, with all spoils devoted to God. A victory stele set up by Mesha, the king of Moab, reports that Chemosh, the god of Moab, had commanded him, "Go seize Nebo from Israel." The king complied, killing everyone, thus devoting them to the god of Moab. It then goes on to say that Israel has "utterly perished forever" (Niditch: 31). The continued existence of Israel reveals that the claim included an element of exaggeration and likely was a typical example of using religious rhetoric and framework to speak of a military confrontation, where rhetoric and reality did not quite match.

Scholars are still debating whether Yahweh war was ever practiced by Israel, or whether it was an ideology into which stories were placed. Peter Craigie, for example, suggests, "While war was religious by association, it was no more a cultic and holy act than was sheep shearing" (Craigie: 49). War was war, with the theological component added later.

It is striking that the vast majority of the war stories told within the Yahweh war framework are of confrontations from the early history of Israel. They begin with the story of the exodus from Egypt and then cluster in the period between the exodus and the rise of kingship in Israel. Once kingship with its professional armies becomes an institution, these stories fade into the background. The stories of 1 Samuel exemplify this transition. Prior to the monarchy, Samuel presides as God defeats the Philistines (1 Sam 7). Similarly, prior to Saul becoming king, he functions as the charismatic leader in the defeat of the Ammonites (1 Sam 11). War stories are common during the time of David, but victory now comes through David's strategy and troops rather than through Yahweh war.

This may reflect a shift in practice, with war becoming a strategic enterprise of the state under the monarchy, whereas earlier Israel had trusted God the warrior to deliver them. But it may also suggest, as Weinfeld argues, that Yahweh war rhetoric was Deuteronomic "utopian theory" imposed on the traditions of Israel's formation in the land: "It was the book of Deuteronomy that conceived the ḥerem as a commandment applying automatically to all the inhabitants of the land, whether or not they fought. This ḥerem … belongs more to utopian theory than to practice" (Weinfeld: 89). It is striking that Yahweh war is especially prominent in the Deuteronomistic History, but only when it speaks of events many centuries earlier.

This raises the question of whether this "utopian theory" was considered an actual ideal or rather as a metaphor or symbol for something quite different. Deuteronomy itself includes hints that it was not understood literally. The generous treatment of the resident aliens, at least some of whom no doubt were descendants of the former inhabitants, demonstrates both that Israel was very aware that the original inhabitants had not been destroyed and that they now should be treated kindly. Further, the strong rejection of human sacrifice in Deuteronomy would caution against taking literally commands to sacrifice humans in war.

It is difficult for someone living in the twenty-first century to know at what points texts written millennia ago were intended literally or figuratively. Even today this becomes ambiguous when stories are translated from one culture to another. We should not dismiss these passages due to our modern liberal sense of what makes for a reasonable God, but at the same time we cannot simply assume they were intended to be followed literally by Israel. And they certainly do not provide divine sanction for contemporary war.