The Elite (in Lamentations) 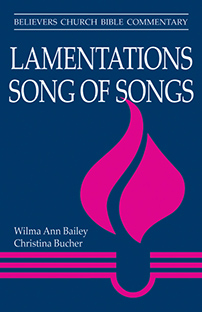 When catastrophe struck, whether in the form of a war or natural disaster, it affected the privileged and the underprivileged in different ways. During a famine in Canaan, Jacob, for example, was able to send his sons to Egypt to purchase food because he had money (silver) and items to trade. One might ask, “How did the poor fare who did not have anything to trade and who could not afford to travel to a foreign country where goods were available during the famine?” Much worse, we can guess. War also affects different strata of society in different ways. That was particularly evident when the southern Israelite kingdom of Judah fell to the Babylonian army. The upper strata of society was targeted, just the opposite of what happens most often today. The king of Babylon killed and exiled the elite of Jerusalemite society (relatives of the king, the educated, the wealthy) because they posed the greatest threat to him. In the book of Daniel, Daniel and his friends are taken captive and educated in the king of Babylon’s court because they are scions of the royal family (Dan 1:3–4). The king hoped to create loyal subjects of them as he had them molded into the culture and mores of Babylon. His eventual goal was probably to send the boys back, fully acculturated into Babylonian ways of thinking and loyal to the Babylonian king. The king did not care about the poor workers or small farmers or farm laborers left behind in Judah because they did not have the wealth, power, or influence to foment a rebellion against him or to be of much help to him in a positive way. Those people were negatively affected by the war, but they were not the targets of it.

Some of the poems in Lamentations are clearly focused on the plight of the elite and not the poor because they complain about conditions that the poor live with every day. The elite think that they should not be doing things like gathering firewood or grinding flour (Lam 5). This study distinguishes between the voices of the elite and the voices of the poor in the poems of Lamentations. This is not to discredit the voices of either, but to point out that there are socioeconomic differences between the two, and how they experience the aftermath of war differs. Because both are human, it is easy to sympathize with them whether privileged or not.